On the third of October 2014 and third of May 2016, the subject of Cheryl's Specials was Tom Cridland, whose menswear company clients have included Nigel Olsson; Rod Stewart; Brandon Flowers; Nile Rodgers; Frankie Valli; Hugh Grant; and Ben Stiller.
The designer is also an entertainer. Tom Cridland's Elton John Band will play London's Water Rats on the 25th of October at 7 p.m. He'll do 31 of Elton's hits, ranging from Don't Go Breaking My Heart to Can You Feel The Love Tonight. Tom will also perform four of his own songs. In fact, his music fans include the Stylistics, who have invited him to be their opening act when they tour the UK this fall.
Dates can be viewed here:
https://www.tomcridland.com/pages/tomcridlandtour.
Fashion and music also came up (see May 4th ''Specials'') when the curator of the Watford Museum shared her thoughts about items relating to Sir Elton.
Sarah Priestly mentioned a stage costume in Watford colours (seen below), made by Ebony, for the star in 1984.
More recently, Sarah spoke with the Watford Observer about this ''absolute joy,'' with ''quilting, sequins, fringing and football shoulder pads!''
She noted that Elton's relationship with the football club has changed over the years, like his stage outfits, ''but now it's lovely to see Elton the family man bringing his children to matches.'' 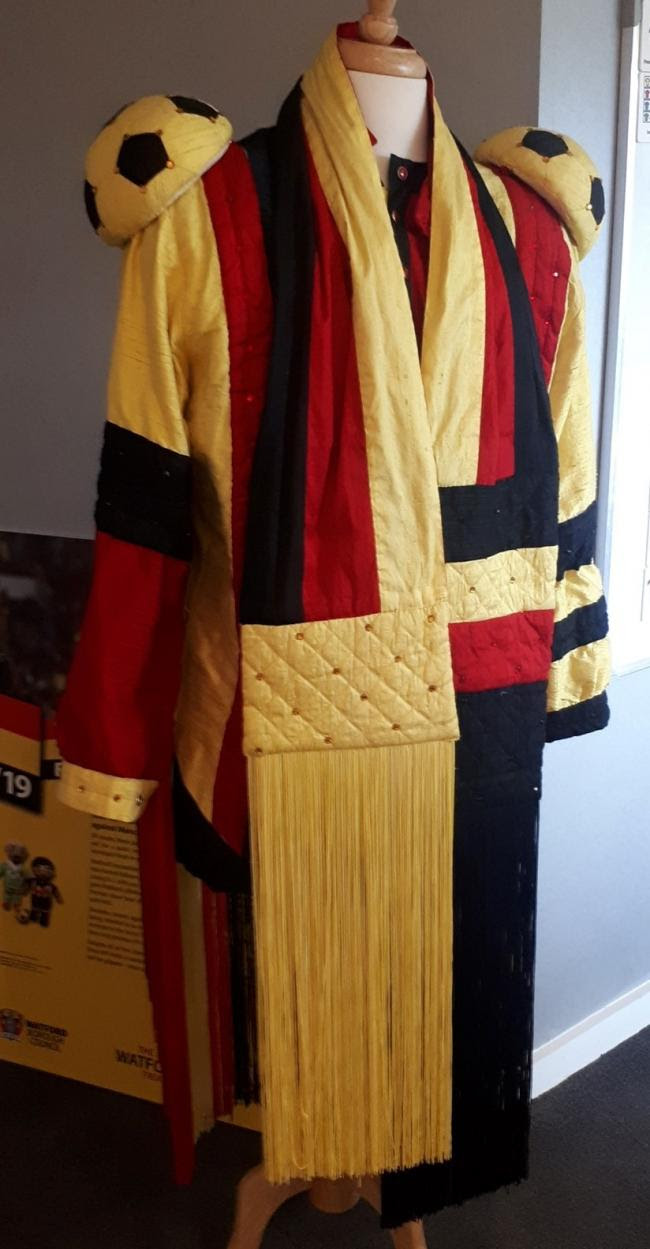