In Elton's case, you can see where he was born and where he grew up. Other destinations include the former Northwood Hills Hotel, where Reg Dwight first performed, and Vicarage Road, where the star will do two shows next year. 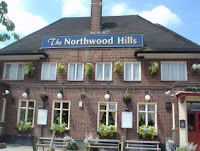 Besides hearing about the singer's career, you can listen to some of his best-loved songs.
Lewis Swan, Director of sister company, Brit Movie Tours, tells EJW: ''We will evolve the tour over time as long as new locations are practically accessible as part of the tour route.
''Photos can be taken and there will be numerous stops guests can stop out at.''
More details are available here: https://britmusictours.com/.
Share this News
Tweet
Whatsapp