HomeNewsThe Birthday of a Legendary Songwriter

Bernie Taupin turned 72 on Sunday, and EJW hopes he had a very enjoyable birthday.

The Englishman, who was awarded a CBE in the Queen's New Year's Honours List for exceptional services to music, has also had a number of art exhibits.
One took place last year in Charlotte, North Carolina. The BackStage Lounge hosted Reflections: The Art of Bernie Taupin.
As reported previously by this site, Reflections is a salute to Bernie's long partnership with the Rocket Man--as well as an acknowledgement of the Farewell Yellow Brick Road tour. 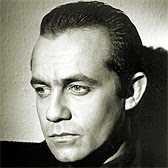