On Tuesday, Elton performed at Boston’s TD Garden for over 10,000 people.

The Herald reports that the vocalist got his own championship banner before the sold-out show from Garden president Amy Latimer. He also hung out with big fan (and Bruins winger) Daniel Paille and his wife, Dana.

And during the concert, Elton gave shout-outs to his Boston friends, including Live Nation’s Don Law, who promoted Elton’s first show here, and Patriots owner Robert Kraft, whom the tunesmith called “one of my best friends in the world.” 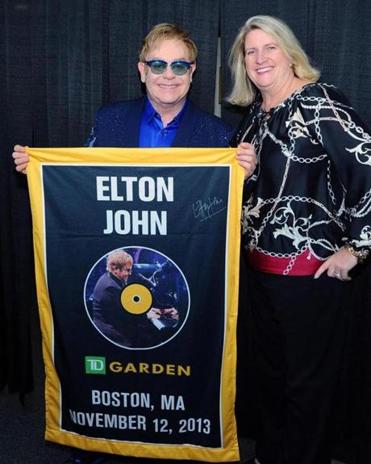