At the Elton John AIDS Foundation's virtual Oscar bash last night, Dua Lipa (seen below with the pop icon) did some of her own songs but also joined the Rocket Man for one of his evergreens. 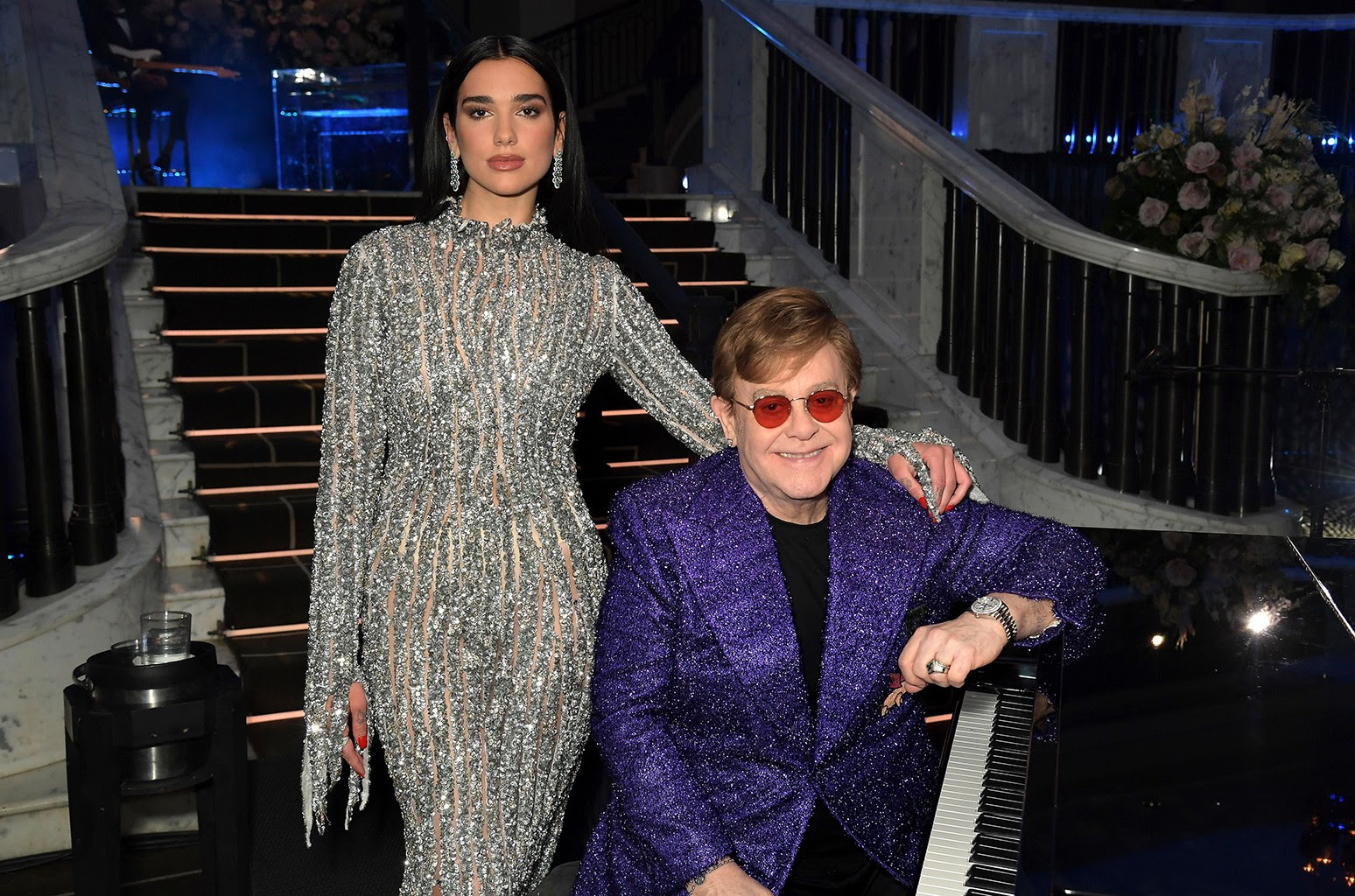