HomeNewsA Hit For Elton And Olly

Elton and Olly Alexander's cover of the Pet Shop Boys' It's A Sin has debuted at #1 on the Official Big Top 40, the UK's biggest chart show.

The pair joined Will Manning on the Official Big Top 40 to show off their Number 1 trophies.
They previously performed the song at the Brit Awards. Proceeds from streams and downloads of the track are going to the Elton John AIDS Foundation. 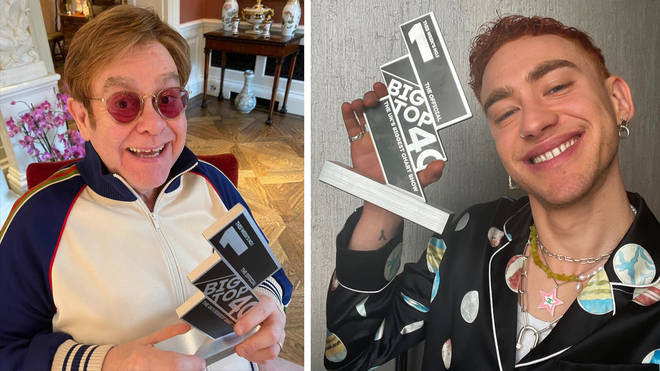