It's to be released on June 12 as part of Record Store Day 2021. There are actually two different days set aside this year because of the ongoing Covid pandemic: The other date is July 17.
Regimental Sgt Zippo was originally going to be Elton's debut album. Some of the songs were released last year, as part of the singer's Jewel Box compilation. But this is the first time the entire disc will be available.  Among the tracks are And The Clock Goes Round; Sitting Doing Nothing; Turn To Me; A Dandelion Dies in The Wind; You'll Be Sorry to See Me Go; and Hourglass.
In related news, the Meantime Brewing Company has been announced as the 'Official Beer Partner' of the auspicious musical occasion which brings together over 200 independent record shops across the UK. In celebration of the unique culture within independent record shops and in honour of the partnership, the Greenwich-based brewery has launched an exclusive Meantime 33:45 beer. Proceeds will be donated to support War Child, the official charity partner of Record Store Day.
In 1996, the Pavarotti & Friends for War Child concert was held in Modena, Italy, boasting performances by Elton, Liza Minnelli, Sheryl Crow, Eric Clapton, and Joan Osborne. A CD (a cover shot is below) also came out that year. It featured Elton and Luciano on Live Like Horses. 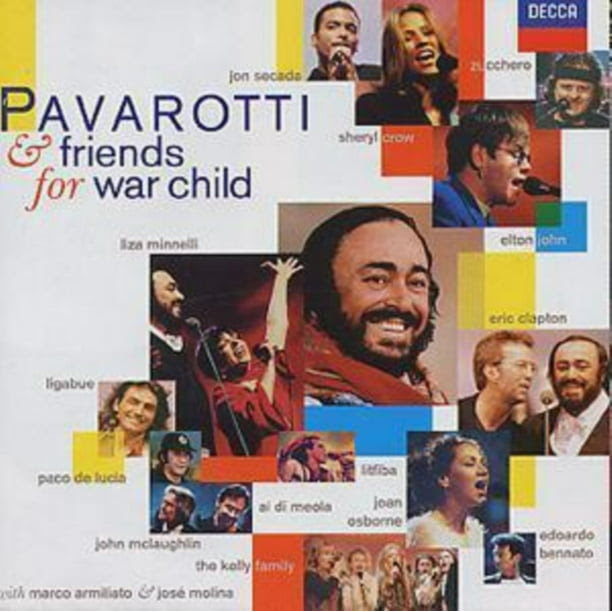