HomeNewsNews About a Seventies Hit Which Caught Elton's Attention

50 years ago Daddy Cool's first single, Eagle Rock, became an Australian rock classic. What's more, Elton has said that he was influenced by the tune when he wrote Crocodile Rock and Bernie Taupin was photographed with a Daddy Cool badge (as seen below, during the Honky Chateau album photo sessions, although it's hard to make out). Tom Petty and the Heartbreakers were also fans.
In 1998, Australia Post issued a special-edition set of twelve stamps feting the early years of Australian rock and roll, featuring hits from the late 1950s, the 1960s, and the early 1970s. Eagle Rock was among them. Five years later, it was covered by the children's group, the Wiggles.
In 2010, Eagle Rock was added to the National Film and Sound Archive's Sounds of Australia. Now Ross Wilson is set to undertake a tour that will celebrate the band and the song upon which his long career as a singer-songwriter and musician was built. The tour, which is Down Under, kicks off on the sixth of August.
Both lead guitarist Ross Hannaford and bass player Wayne Duncan have passed, and drummer Gary Young is semi-retired, but the former front man of the rock ensembles Daddy Cool and Mondo Rock (who has also performed solo), considers it an anniversary worth celebrating. He'll also touch on other aspects of his career when he takes the stage. 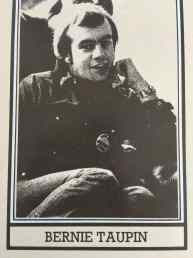