HomeNewsOn This Date in '92 at The VMAs

On this date (September 9) in 1992, Elton performed at the MTV Video Music Awards.

He sang The One, the first single released from his album of the same name. It reached #1 on the Billboard Adult Contemporary chart and #10 on the UK Singles chart, and was nominated for Best Male Pop Vocal Performance at the Grammy Awards.
At the VMAs, Elton (seen below with Slash) also took the stage with Guns N' Roses for November Rain. The group won an award for best cinematography as well as the Michael Jackson Video Vanguard award.
This website has an interview with a former member of the band: It is the latest edition of Cheryl's Specials. 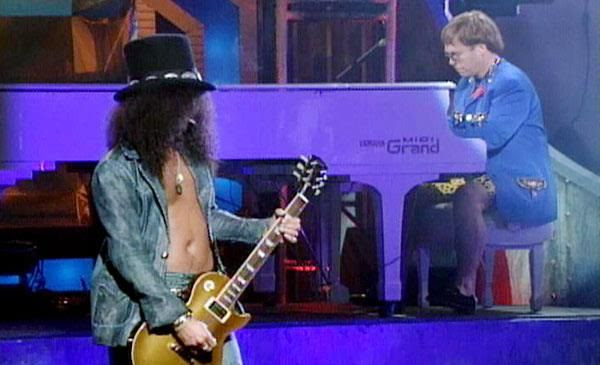