Jake Wesley Rogers, who was on Elton's Rocket Hour earlier this summer, will be performing.
There will also be a dinner for 350 guests and live auction. This year marks the 30th anniversary of the Elizabeth Taylor AIDS Foundation.
After she died in March 2011, Elton paid tribute to the actress and activist at a Pittsburgh concert. He said that his friend ''stood up when no one was prepared to stand up and be counted against AIDS,'' and thought she was one of the greatest people he ever met.
Elton dedicated Don't Let The Sun Go Down On Me to her ''beautiful memory and those she ''helped and saved.'' 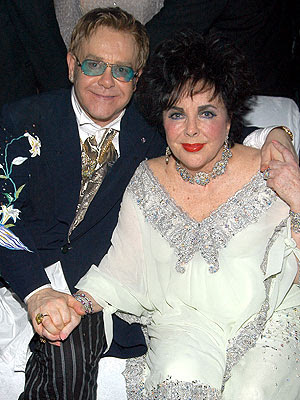