It's part of The Metallica Blacklist, which consists of Metallica covers from an array of artists. The album enters Hard Rock Albums, Top Rock Albums and the Billboard 200 at Nos. 8, 22 and 132, respectively, with eight thousand units.
It also bows at #2 on the Compilation Albums chart.
In 2018, Elton and Miley performed Tiny Dancer during the Grammy Awards. A photo from the event follows. 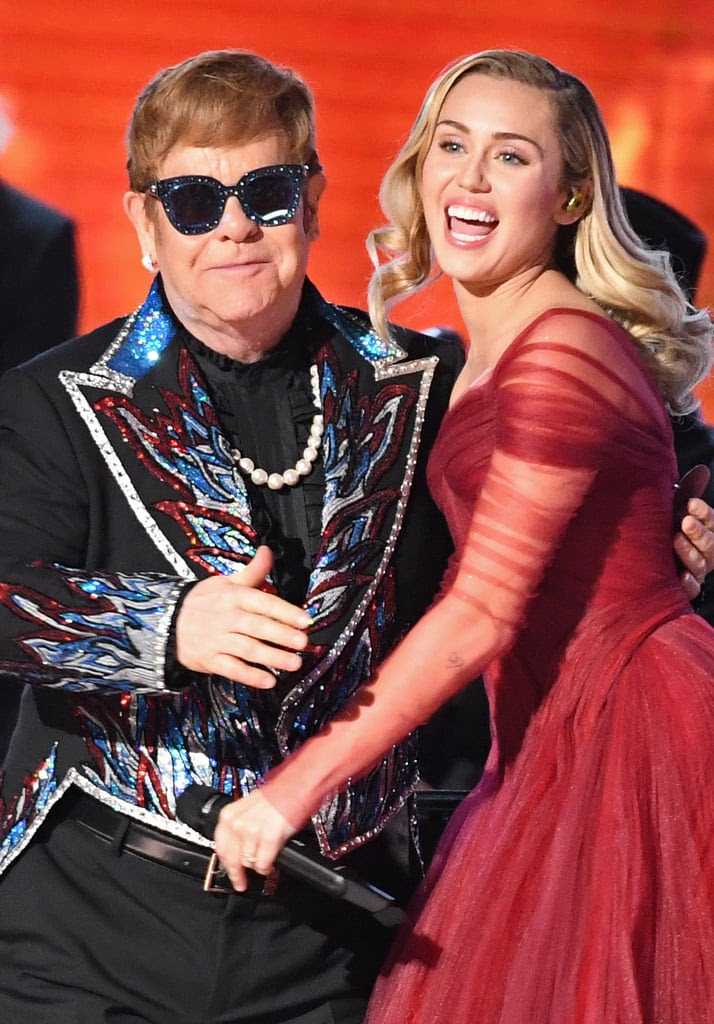