An Elton John tribute artist will be competing on a new competition show.

Clash of the Cover Bands makes its debut on E! on the 13th of October, and will include Rus Anderson {depicted below}. The entertainer, who is from Glasgow. Scotland (but now resides in Florida), was just four when he began performing with his dad, also a musician. He was selected by Elton as his official body double for the Farewell Yellow Brick Road tour videos and photos.
The TV programme pits two cover bands of similar genres head-to-head in each episode to compete for $10,000. At the end of the season, the winner receives $25,000 and the opportunity to perform on The Tonight Show With Jimmy Fallon.
Queen frontman Adam Lambert, as well as singer-songwriters Ester Dean and Meghan Trainor, are the judges. 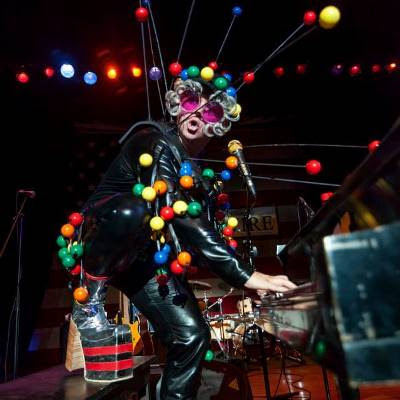