HomeNewsJohn/Puth Performance to Run on Graham Norton's Show Next Week

As recently revealed, Elton will be appearing on the Graham Norton Show next week. This was recorded prior to his hip surgery.

Besides chatting with the host, the Rocket Man will be performing After All with Charlie Puth. This is one of the tracks on the forthcoming album, The Lockdown Sessions. The disc will be out on Friday, the 22nd of October, the same day as the Graham Norton Show, which airs on BBC One.
Strictly Come Dancing's Motsi Mabuse, writer Stephen Merchant, and actors Eddie Redmayne and Jessie Buckley will also be on the broadcast.
Elton is seen here on an earlier episode of Graham Norton's programme, joined by Judi Dench. 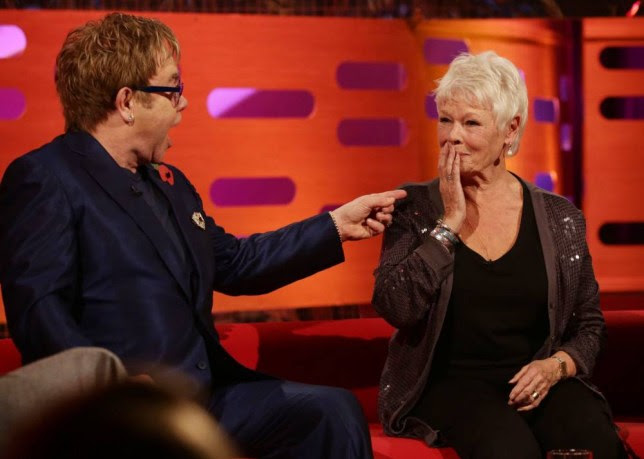