This was Elton's first live album. He was accompanied by Nigel Olsson and Dee Murray, and the performance was broadcast on WABC-FM. The set list included Burn Down the Mission, Bad Side of the Moon, Take Me to the Pilot, and the Rolling Stones' Honky Tonk Women.
On April 22, 2017, a reissue, dubbed 11-17-70+, came out on Record Store Day. This was also when the musician was annointed as the first Worldwide Record Store Day Legend, markling the annual celebration's 10th anniversary. 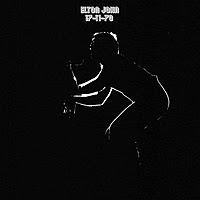