Gus Dudgeon, who died in a car accident with his wife Sheila in 2002, worked on seminal recordings such as Your Song, Crocodile Rock, Goodbye Yellow Brick Road, Don't Go Breaking My Heart, and Nikita.

There's now a unique tribute album to the producer (his photo is below) called Production Gems. The tracks include Sixty Years On, Rocket Man (I Think It's Going To Be A Long, Long Time), and Elton's hit with John Lennon, Whatever Gets You Through The Night. 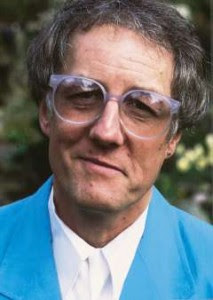 The Zombies, Bonzo Dog Doo-Dah Band, Ralph McTell, and David Bowie are a few of the other artists whose songs appear. There are also photos, and notes written by music industry figures such as Elton, Bernie Taupin, John Reid, Ray Cooper, Nigel Olsson, Davey Johnstone, and Kiki Dee.
To preorder (release date is the 26th of November), visit
https://www.rightrecordings.org/.