HomeNewsDavid Says Elton is in a Good Place Emotionally And Physically

David Furnish was a guest on That Gaby Roslin podcast, where he gave an update on his husband's health--as well as a peek at what their life is like at home.

The filmmaker said: ''I think one of the reasons our sons are so grounded now is that their dad is back from 'Elton John' and he's just a dad. He doesn't bring it home. He wants to know who won football.'' Or he's keen on playing a game of Uno or Snakes and Ladders.
Elton has also been enjoying FaceTime.
''He just FaceTimes the world all the time. He doesn't give people the advance notice to say,
'I'm going to FaceTime you,' and the look on people's faces when they randomly get these FaceTime calls from him is priceless.''
As for the performer's hip replacement last month. the 59-year-old reported: ''He's doing really well. It was a huge success. He felt better on his hips and himself almost immediately and embarked on an ambitious project of rehab and recovery.''
He added that Elton has been making excellent progress.
This podcast is available here 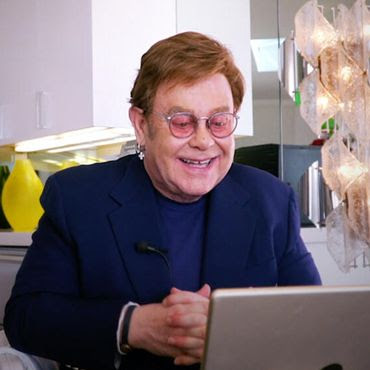