On this date in 1974, Elton played Madison Square Garden, where he was joined by a special guest.

John Lennon took the stage to fulfill a promise. Elton suggested that if their new song, Whatever Gets You Through The Night, hit #1, his friend would have to join him in concert. Lennon agreed, never dreaming that this would happen.
Besides Whatever Gets You Through The Night, the former Beatle sang Lucy in the Sky With Diamonds and I Saw Her Standing There with Elton and his bandmates.
Sadly, this turned out to be Lennon's final live performance. 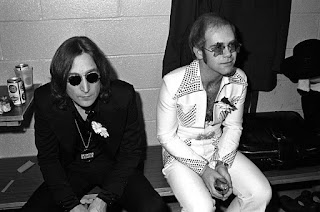