Davey Johnstone has informed ABC Audio that he'll be heading to New Orleans this Friday to rehearse with the other members of his group--but initially, not with the Rocket Man.

The guitarist explained--digital.abcaudio.com/news/elton-john-guitarist--that he goes over the songs with the band before Elton arrives, as he's too impatient. So for a few days, vocalist/pianist Adam Chester is filling in for the pop luminary.
Asked if any guests from The Lockdown Sessions album might join them onstage, Johnstone wouldn't say. But he did hint at some sort of surprise. 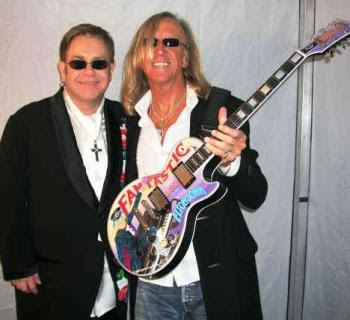