As previously announced, a longtime member of the Elton John Band will be releasing his album next month.

Davey Johnstone's Deeper Than My Roots features musical contributions from four of the musician's sons and artwork by his daughter, Juliet. Fifteen-year-old Elliot, Johnstone's youngest child, sings lead of most of the tracks.
Davey doesn't envision much in the way of touring on his own to support Deeper Than My Roots, according to ultimateclassicrock.com/davey-johnstone-deeper-than-my-roots/. However, he does not rule out ''some specific other types of shows around the songs and around the Davey Johnstone Band, as it were.'' The lineup will involve his children, he says.
As for touring with Elton, he's sure the ''farewell'' part of the tour remains the singer's intention.
''We're too bloody old!'' he laughs. Johnstone adds, though: ''I never say never with him. All I know is this is a farewell to touring. Who knows who might happen after that.''
He suggests that Elton ''might do something else, revue wise, maybe a one-man show somewhere. I have no idea, but anything's possible.'' 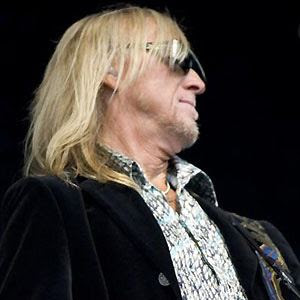