1976 was the year in which the story of Watford's rise from Fourth Division obscurity to First Division title challengers began. This was when Elton purchased the club.

The singer soon found himself with a decision to make, having sacked previous manager Mike Keen. Despite talks with World Cup winner Bobby Moore, Elton instead went with the relatively unknown manager of Lincoln City. ''What transpired next is one of English football's most remarkable stories,'' to quote https://footballbh.net/how-graham-taylor-and-elton-john-led-watford/.
The 1977-78 season--Graham Taylor's first full season in charge--saw Watford achieve promotion to the Third Division at the first attempt as they won the Fourth Division. Taylor and John were supported by Arsenal's double-winning manager Bertie Mee, who joined the Hornets as assistant manager.
While some of the entertainer's habits, such as sitting in the dug-out, frustrated Graham, the pair wound up with an excellent working relationship, as well as friendship.
On the field, Watford had players like Ian Bolton and Luther Blissett, who would all go into play in the First Division.
Elton's decision to appoint Taylor over Moore proved to be the correct one, as the Hornets were led to the top of the league. 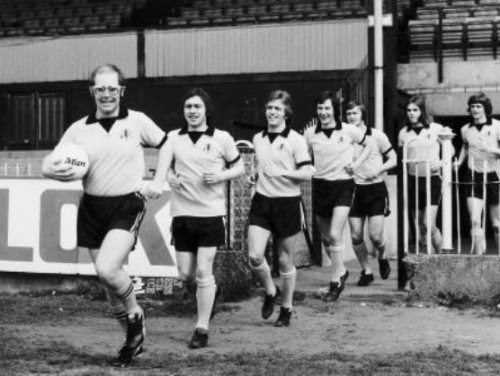