While they couldn't attend, the former managed to make a surprise appearance: virtually.
The musician, who performed Your Song, acknowledged the woman who inspired the event, the late breast cancer awareness activist Evelyn Lauder {https://www.hellomagazine.com/surprise-appearance/}.
He called the BCRF ''an amazing charity, in memory of an amazing woman.''
He added: ''I'm wearing pink in honour of you all.''
There was another surprise appearance that night: Patti LaBelle, who was there in person to sing Lady Marmalade.
The May 10th benefit in New York was a record-breaker, grossing $8.5 million.
Elton is seen here in 2012 with the event's hostess, Elizabeth Hurley. 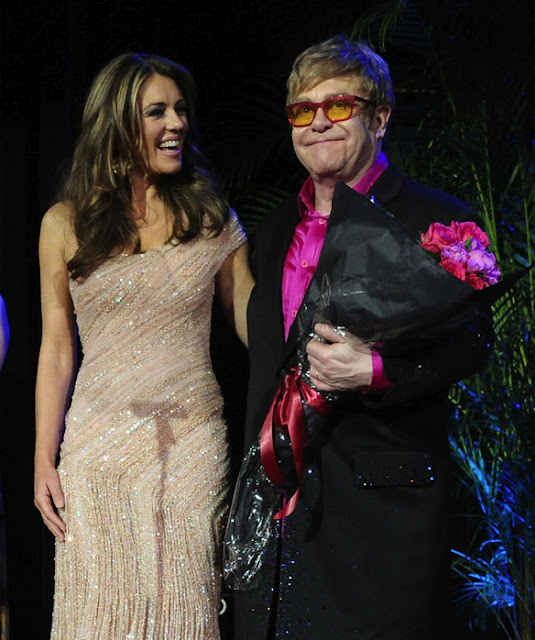