Sir Elton and Vodafone have announced a live augmented reality (AR) experience, to be performed during the star's BST Hyde Park concert on the 24th of the month.

The AR visuals will accompany I'm Still Standing, reimagining the track's music video.
As part of the initiative, there will be a prize draw to offer NHS workers the chance to win tickets to the sold-out show, in recognition of their dedication throughout the pandemic. The deadline is 1 p.m., the 17th of June: vodafone.co.uk/campaigns/register-your-interest/.
Fans will be able to download the Elton John X Vodafone app, then point their smartphone camera the the stage to access the AR elements of the concert {musicweek.com/concert-experience}.
Max Taylor, consumer director at Vodafone UK, said: ''We're thanking NHS and frontline workers for their efforts over the last two years with a technology tribute to them that will come to life in Elton John's iconic song, I'm Still Standing. We're excited to back at festivals this summer, helping music fans feel more connected to performances than ever before.''
Elton remarked: ''The return of live music is such a special moment for me--and I'm sure for many people and it's so important that we take a moment to thank those who made it possible. I'm Still Standing is all about enduring the bad times and bouncing back even stronger, and I'm delighted to be able to dedicated this performance to all those people who have helped us to do that as a nation.''
Below is a look at Elton at Hyde Park in 2016, which was captured on DVD. 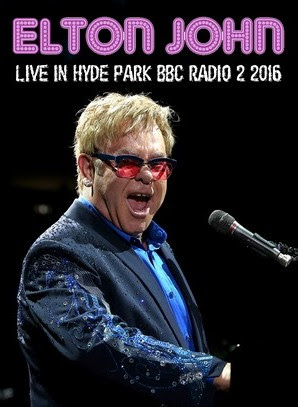