Elton played what he says will be his last ever North East concert last night.

At the Stadium of Light show, the headliner told the audience he would no longer tour because he wanted to spend time with his family. Elton added that he would tell his kids how much he has loved his fans.
But he was booed when he mentioned their rivals. He said he appeared at Newcastle's City Hall during the 1970s and 1980s--express.co.uk/news-update.
Elton then quipped that he had ''no choice'' other than to play there since there was no stadium in Sunderland at that time.
Concertgoers appreciated the music, though, with many going on Twitter afterwards to express themselves.
''He's still got it,'' a couple of them wrote.
Yesterday was Father's Day as well, so Elton's husband posted an older photo of the family on his Instagram page: hellomagazine.com/fathers-day/.
David Furnish also wrote that he couldn't imagine life without their ''beautiful and brilliant sons.''
Elton and Zachary are seen here. 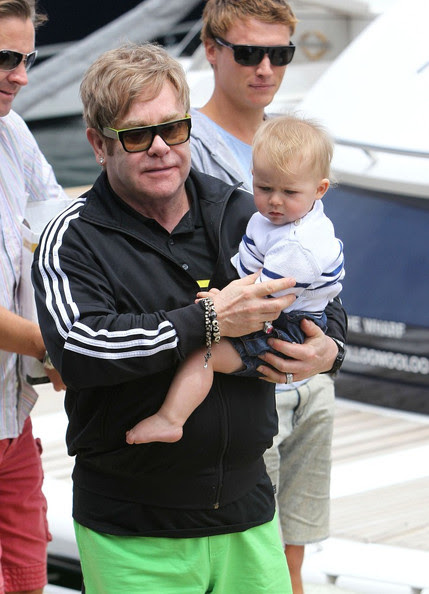