Stars Help Make ”Music on a Mission” a Success

Person of the Year is MusiCares‘ annual Grammy Week event celebrating an honoree’s creative accomplishments and philanthropic work. While the Person of the Year tribute won’t be held until next year, there was a related event. On Friday, Music on a Mission was held and boasted appearances from Elton and other bigwigs.


Elton did not perform but was there to advocate for MusiCares, saying, ”This year’s mission feels more urgent.”
Ringo Starr, Bonnie Raitt, Shakira, Gloria Estefan, Macklemore, and Mick Fleetwood also made pitches for the organisation’s endeavours to help musicians and music industry workers in poor health or financial distress or suffering from addiction.
There were new performances from John Legend, BTS and H.E.R., among others, as well as past Person of the Year galas. The latter included Bruce Springsteen & The E Street Band, Lady Gaga, Usher, Paul McCartney, and the Jonas Brothers.
Tickets for the event, which draw more than 18,000 people, were $25, far less than the usual in-person gala where tickets normally start at over a thousand dollars. 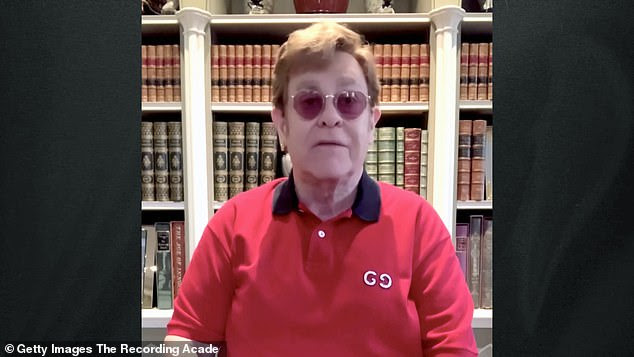